When Khumba, a half-striped zebra is blamed for the lack of rain by the rest of his insular, superstitious herd, he embarks on a daring quest to earn his stripes. In his search for the legendary waterhole in which the first zebras got their stripes, Khumba meets a quirky range of characters, and teams up with an unlikely duo: an overprotective wildebeest, Mama V, and Bradley, a self-obsessed, flamboyant ostrich. But before he can reunite with his herd, Khumba will have to come face to face with Phango, a sadistic leopard who controls the waterholes and terrorizes all the animals in the Great Karoo. It's not all black and white in this colorful adventure with a difference! 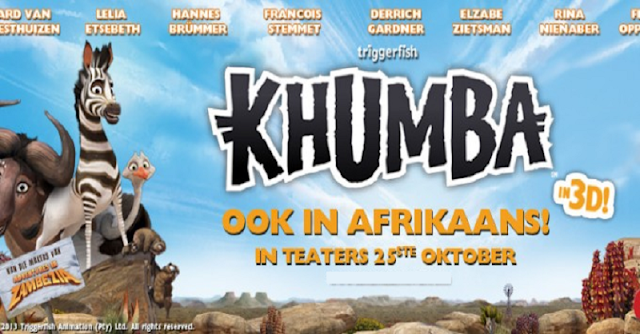 Alternate Servers:
Note: The server will open in new tab. Wait for 5 second then "skip" as we redirect you to the other server.
Posted by Unknown
Labels: Adventure, Animation, Family, Hollywood Movie, Movies
Email ThisBlogThis!Share to TwitterShare to Facebook