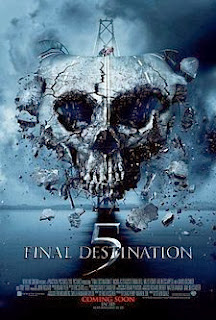 
Two weeks before the Flight 180 explosion, Sam Lawton (Nicholas D'Agosto) has a premonition that North Bay Bridge in which he is on will collapse, killing everyone on it. As his vision becomes reality, Sam manages to rescue his surviving co-workers Molly Harper (Emma Bell), Nathan Sears (Arlen Escarpeta), Peter Friedkin (Miles Fisher), Dennis Lapman (David Koechner), Olivia Castle (Jacqueline MacInnes Wood), Isaac Palmer (P. J. Byrne), and Candice Hooper (Ellen Wroe). After Issac and Candice die in bizarre accidents, Sam is warned of Death's plans and told that his only means of survival are to kill somebody else and claim their remaining lifespan. Dennis and Olivia are killed before they have a chance to save themselves, but Nathan successfully claims the lifespan of a co-worker when he accidentally causes his death in a warehouse accident. Peter attempts to kill Molly, jealous that she survived instead of Candice. Peter eventually gains the lifespan of an investigating agent, but is killed by Sam while attempting to kill Molly. Sam and Molly later board Flight 180 to Paris when they witness Alex's premonition. Sam and Molly were too late to get off as Flight 180 explodes, killing them and the other passengers. When Flight 180 explodes, the landing gear is sent towards New York City, where it crashes into the Cocktails bar and kills Nathan. 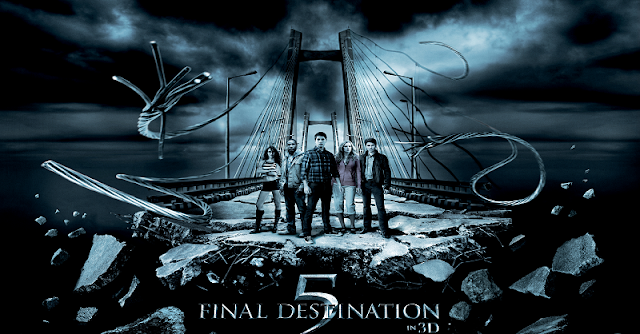