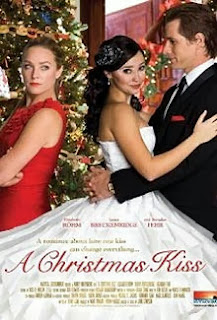 
An aspiring interior designer who has a chance encounter with a handsome stranger, with whom she shares an impulsive romantic kiss in an elevator. Later she discovers that he is the wealthy socialite boyfriend of her callous and dominating employer. While decorating and preparing his home for an upcoming holiday charity fundraiser, they get to know each other, and soon he must decide which woman holds the key to his future happiness.