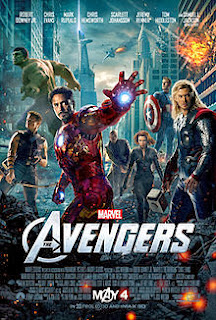 Marvel's The Avengers (classified under the name Marvel Avengers Assemble in the UK and Ireland), or simply The Avengers, is a 2012 American superhero film produced by Marvel Studios and distributed by Walt Disney Studios Motion Pictures,1 based on the Marvel Comics superhero team of the same name. It is the sixth installment in the Marvel Cinematic Universe. The film is written and directed by Joss Whedon and features an ensemble cast including Robert Downey, Jr., Chris Evans, Mark Ruffalo, Chris Hemsworth, Scarlett Johansson, Jeremy Renner, Tom Hiddleston, Clark Gregg, Cobie Smulders, Stellan Skarsgård and Samuel L. Jackson.
Nick Fury is director of S.H.I.E.L.D, an international peace keeping agency. The agency is a who's who of Marvel Super Heroes, with Iron Man, The Incredible Hulk, Thor, Captain America, Hawkeye and Black Widow. When global security is threatened by Loki and his cohorts, Nick Fury and his team will need all their powers to save the world from disaster.