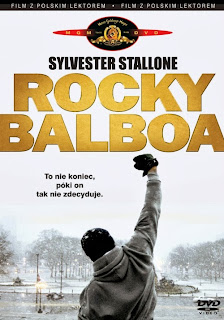 Rocky Balboa (also known as Rocky VI) is the sixth installment in the Rocky franchise, written, directed by, and starring Sylvester Stallone who reprises his role as the title character. The sixth film in the Rocky series that began with the Academy Award-winning Rocky thirty years earlier in 1976, the film portrays Balboa in retirement, a widower living in Philadelphia, and the owner and operator of a local Italian restaurant called "Adrian's", named after his late wife.
The film was released on December 20, 2006, by Metro-Goldwyn-Mayer, Columbia Pictures and Revolution Studios. It exceeded box office expectations and critical reaction was positive. The film was released in several formats for its home media release, and DVD sales have exceeded $34 million.
Rocky Balboa comes out of retirement to step into the ring for the last time and face the heavyweight champ Mason 'The Line' Dixon.