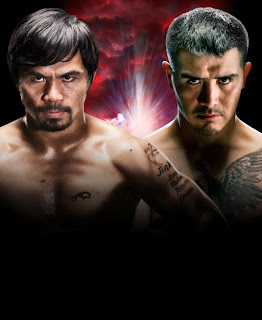 Manny Pacquiao vs. Brandon Ríos (billed as Fight as One or Clash in Cotai) is a boxing welterweight championship fight for the vacant WBO International Welterweight championship. The bout was held on November 24, 2013 at the Venetian Macau resort & hotel in Macau. Pacquiao won via unanimous decision and took the vacant WBO International Welterweight title. Pacquiao said that the fight would be dedicated to the victims of the recent typhoon hit in the Philippines.