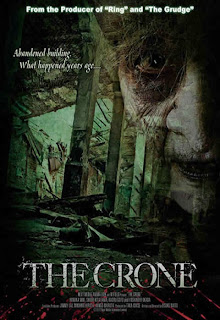 
The Crone is part of a Japanese horror project which also includes Norio Tsuruta’s Talk to the Dead and Koji Shiraishi’s Cult. Ayane, Nanami, and Mayuko are members of a new 3-member idol group called “Jersey Girl”. One day they’re invited to appear on a television show about the paranormal where they’ll visit an abandoned nursing home in the mountains to see which one of them is the bravest and document their experiences. However, as soon as the girls arrive, they begin to to have strange paranormal experiences. Before long, they begin to turn on each other as the stress of the situation overtakes them.

Note: The server will open in new tab. Wait for 5 second then "skip" as we redirect you to the new server.