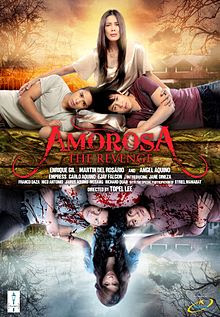 
Years ago, Amorosa (Angel Aquino), her husband, and her two boys Amiel and Rommel (Martin del Rosario and Enrique Gil) got into a car accident. Her husband died in the accident, leaving her alone to take care of her boys. In the present, she decides to move her family to a remote pension house. But once there, she discovers that the house is home to an angry spirit seeking revenge for sins committed years ago. And as she deals with the fear of this spirit popping up everywhere, she struggles to reconnect with Rommel, who hasn’t been the same since the accident.