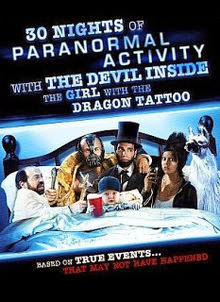 
Synopsis: After living in a psychiatric hospital, Dana (Kathryn Fiore) along with her husband, Aaron (Flip Schultz) attempt to move into their new house where her father (French Stewart) has murdered the entire cast of The Artist during his exorcism. Dana finds herself dealing with various others who live in the house, including an evil spirit and a teenage step-daughter (Olivia Alexander) who is infatuated with their neighbor Abraham Lincoln (Ben Morrison).
Posted by Unknown
Labels: Comedy, Hollywood Movie, Movies
Email ThisBlogThis!Share to TwitterShare to Facebook