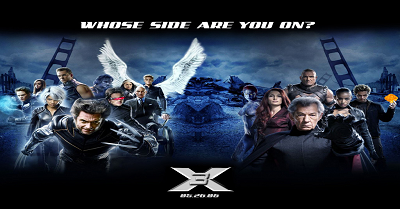 It has been several months since The X-Men stopped William Stryker, but that victory came at a price, they have lost Jean Gray when she tried to save them from the collapsed reservoir. Scott Summers (Cyclops) is still grieving about her loss. One day, he came out to the place which is where Jean Gray sacrificed herself. Then, Jean Gray appeared right in front of him. Though, it seemed that after that, Scott had disappeared. Meanwhille, the rift between humans and mutants had finally reached the boiling point. When humans discovered what causes humans to mutate, they have found a cure for the mutation. The X-Men were appalled at this idea. It was not long at all until the news about the cure came to Magneto. He decides to organize an army of mutants and wage his war against the humans. Then, it became clear that Jean Gray evolved into the Pheonix, her new mutant powers are so strong that she can not control her own body. Then, she kills off Professor X with her new powers. Now, The X-Men must stop Magneto again and put an end to the war against the humans, as well as stop Jean Gray's Pheonix powers.