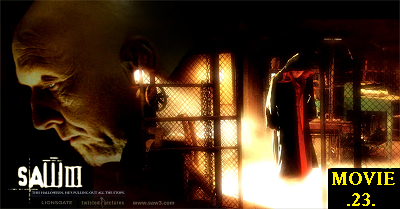 Jeff is an anguished man, who grieves and misses his young son that was killed by a driver in a car accident. He has become obsessed for revenge against the man and reckless with his wife and daughter. When Dr. Lynn Denlon, who has troubles with her marriage, is abducted by the deranged Jigsaw's apprentice Amanda, she is brought to a gruesome warehouse to keep John Kramer alive in spite of having a terminal brain tumor. Amanda puts a necklace gadget full of explosives around Dr. Lynn's neck connected to John Kramer's life support system, and tells her that if he dies the device will explode. Meanwhile, Jeff is submitted to a sick game of forgiveness with surprising dark consequences.