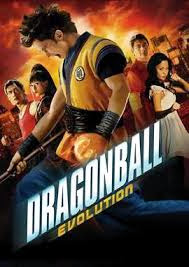 Two thousand years ago, the demon Lord Piccolo came to Earth, wreaking havoc with his minion Ōzaru. Seven mystics created the Mafuba and thought they sealed him away for eternity. However, Piccolo breaks free and with his beautiful follower Mai, begins to search for the seven Dragonballs (each one has stars numbering between one and seven), killing anyone in his way.
On his 18th birthday, a young high-school student and martial artist named Goku is given the 4-Star Dragonball by his grandfather, Grandpa Gohan. Returning home from a party hosted by his crush Chi-Chi, Goku finds his home destroyed and his grandfather near death after Piccolo's failed attempt to acquire the Dragonball.
Before he dies, Gohan tells Goku to seek out martial arts master Muten Roshi, who holds another one of the Dragonballs. Along the way, Goku meets Bulma of the Capsule Corporation, who was studying the 5-Star Dragonball until it was stolen by Mai. Goku offers Bulma his protection in exchange for her help in finding Roshi. They ultimately track him down in Paozu City. Under Roshi's wing, Goku begins training his Ki, knowing that they must get all the Dragonballs before the next solar eclipse, when Ōzaru will return and join with Piccolo.
In the midst of the group's search for the 6-star Dragonball, they fall into a trap set by the desert bandit Yamcha but Roshi convinces Yamcha to join them. Together, the group fight off an ambush by Mai and successfully get the next Dragonball. As the group continues their quest, they travel to a temple where Roshi consults his former teacher Sifu Norris and begins preparing the Mafuba enchantment so he can reseal Piccolo, while Goku must learn the most powerful of the ki-bending techniques: the Kamehameha.
During the night, Mai – disguised as Chi-Chi – steals the team's three Dragonballs, adding them to the ones that Piccolo already has. With the Dragonballs successfully united, Piccolo begins to summon Shen Long, but is stopped by the timely arrival of Goku's team. During the ensuing battle, Piccolo reveals to Goku that Goku himself is Ōzaru, having been sent to Earth as an infant to destroy it when he came of age.
As the eclipse begins, Goku transforms into Ōzaru while Roshi attempts to use the Mafuba, but he doesn't have enough energy to live before he can re-seal Piccolo. Roshi's dying words restore Goku to his senses as he is choked to death by Ōzaru, and he engages Piccolo in a final battle, seemingly defeating him with the power of the Kamehameha. Goku then uses the Dragonballs to summon Shen Long, and request that he restore Roshi to life. As they celebrate, they realise the Dragonballs have now scattered, and Bulma declares that they must seek the balls again. Before they head out, Goku meets with Chi-Chi to get to know her better, and they begin a sparring match to see which of them is stronger.
In a post-credits scene, Piccolo is alive and being cared for by a woman.