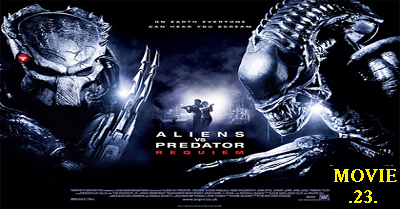 In Gunnison County, a spacecraft crashes in the woods bringing a powerful hybrid Alien hosted inside the pilot Predator. A local, Buddy Benson, and his son, Sam, are hunting in the forest and witness the crash, but they are chased and killed by the Alien. Meanwhile another Predator lands on the spot seeking out the Alien and destroys evidence of their presence on Earth. The dwellers of the town find themselves in the middle of a battlefield between the two deadly extraterrestrial creatures, and the small group of survivors splits between the leadership of Sheriff Eddie Morales and the bad-boy Dallas Howard. Both have different opinions about the best means to escape from the beings.