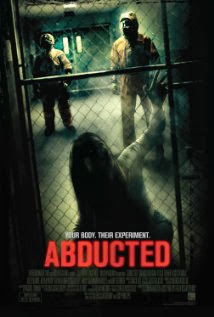 It was aired on the Lifetime Network before being released on DVD this month.Suzanne Holinsworth(Lauren Holly) is a successful business woman and a tyrant as well. With her firing and re-hiring her assistant Rebbecca(Kaylee DeFer) time and time again and calling her repeatedly to complain about this or that -we are on Rebecca's side for sure. When her boss does not call her-which she does daily to harass her Rebbecca is concerned.
Suzanne has got herself into a world of trouble as the rundown hotel she is staying at the room next door is making an awful amount of noise. She goes to confront them and is knocked out and dragged into the room. She is taken to an abandoned hospital where she and some other young women are being held captive.