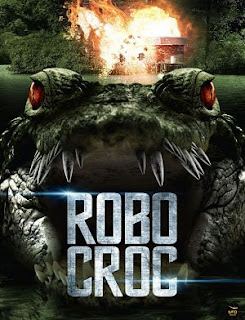 Description : When a top-secret unmanned spacecraft disintegrates on re-entry, its mysterious military payload crash-lands in the crocodile habitat of a place called Adventure Land, a combination water park, amusement land and world-famous crocodile exhibit. Following its pre-programmed instructions, the payload ? a next-generation nanotech-based combat drone ? finds a host in the form of the park?s prize twenty-foot Australian Saltwater crocodile, Stella. She is the largest saltwater croc in captivity. Immediately upon infecting its host, the drone payload?s nanobots begin to transform Stella from an organic, living creature into a lethal killing machine with only a single directive: survival! Before Chief Zoo-keeper Tim Duffy and reptile biologist Jane Spencer are able to figure out what?s going on, they find the park taken over by the government team responsible for the secret project.