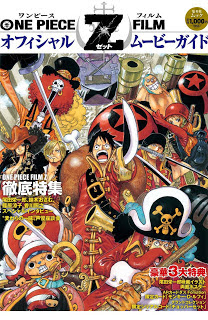 Description : "Black Arm"[a] Zephyr (ゼファー Zefā?), a former naval admiral and leader of the Neo Marines which also includes his henchmen Ain (アイン?) and Binz (ビンズ Binzu?), commences an assault on the navy on First Island, a volcanic island and one of the End Points. While there, Zephyr steals Dyna Stones and fights Kizaru before he starts an eruption to defeat the Admiral only to be sent flying into the ocean. While having a cherry blossom party, the Straw Hat Pirates discovers and heals Zephyr. When Zephyr learns that Monkey D. Luffy is a pirate, he fights Luffy, Roronoa Zoro and Sanji. Having discovered Zephyr's location with a Vivre Card, Ain and Binz join the ex-Admiral to fight them. Ain uses her Devil Fruit powers to de-age Nami, Tony Tony Chopper, Brook and Nico Robin, while Binz uses his Devil Fruit powers to trap Franky, Usopp and Brook with vines. Realizing that Luffy is the grandson of Monkey D. Garp, Zephyr attempts to kill them, but the Straw Hats are forced to flee. At Marine Headquarters, the navy discovers Zephyr's whereabouts and decide to recover the Dyna Stones.
Landing on Dock Island, Franky repairs the Thousand Sunny, which has been damaged by Zephyr. They meet Mobston (モブストン Mobusuton?), whose granddaughter reveals that pirates who come to this island say that they have been attacked by Zephyr. Mobston, angered by Zephyr destroying their pirates' dreams, decides to give the Straw Hats his strongest equipment. While there, the Straw Hats gather information on Zephyr's location from the navy and meet up with Kuzan, who reveals that has left the navy after being defeated by Akainu on Punk Hazard. Using the Sea Train, the Straw Hats enter Secon Island just as the volcano erupts. They confront Zephyr, Ain and Binz, only to be easily defeated once again. Meanwhile, Garp reveals to Coby and Helmeppo that Zephyr once believed in the navy's justice and became an Admiral after serving as a soldier in the navy. When Zephyr's wife and son was killed by a pirate who resented him, Zephyr became an instructor, but one day, most of his recruits were killed and Zephyr lost his arm after being attacked by a pirate with Devil Fruit powers. Zephyr acquired a weapon developed by the navy's scientist to defeat Devil Fruit users and organized a strike unit. However, when the pirate who attacked him was chosen to serve as a Warlord, Zephyr left the Navy, organizing the Neo Marines as a result.
Back on Dock Island, Kuzan reveals that Zephyr is targeting the three volcanic islands known as End Points. If all three islands had eruptions in a short period of time of each other, it will result in a giant eruption covering the world's oceans and killing everyone there. The Straw Hats confront the Neo Marines on the third End Point and are victorious. Kizaru and the navy confront Zephyr and the Straw Hats but the ex-Admiral allows the Neo Marines, Kuzan and the Straw Hats to escape the island. As Zephyr fights to his death and Ain and Binz mourn their loss, the Straw Hats return to Dock Island, giving their gear and weapons back to Mobston, before going their separate ways.