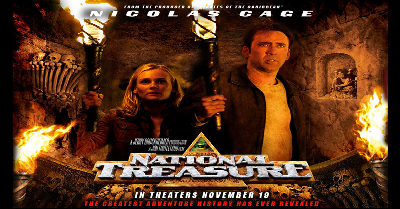 Benjamin Franklin Gates descends from a family of treasure-seekers who've all hunted for the same thing: a war chest hidden by the Founding Fathers after the Revolutionary War. Ben's close to discovering its whereabouts, as is his competition, but the FBI is also hip to the hunt.