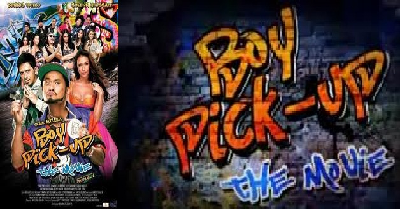 There is an underground battle going on in the name of love. The soldiers are all Pikapistas! With pickup lines as their weapons to woo the gorgeous Neneng B (Sam Pinto), the war sizzles in the dark corners of the metro. And there is one undefeated champion among them: Boy Pick-up (Ogie Alcasid)! Legendary, enigmatic, hypnotic, that’s his appeal to most who don’t get what his lines are all about, but his words penetrate their hearts just the same.
Despite his underground fame and legend, Boy Pick-up lives a normal and solitary life. When his landlady asks Boy to love her in exchange for several months of rent due, Boy is forced to look for a new job.
Boy applies as a pastry chef in Heaven’s Bakeshop, a bakery owned by Angel (Solenn Heussaff). In the brink of bankruptcy, Boy saves the bakeshop when he creates a pastry delight called “fishcake”. Angel feels indebted to Boy while Boy starts to fall for Angel.
Unknown to Boy, a dark force in the name of Bagwis (Dennis Trillo) is operating to destroy him, his love life and defeat him in the Pikapista battles. Bagwis wants to exact revenge on Boy Pick-up after losing the love of his life to him. Bagwis succeeds in defeating him one night during a pickup battle showdown, humiliating Boy in front of Angel.
The defeat takes its toll on Boy, his love life and his confidence. He realizes he needs to rise and rise above his situation so he can redeem himself. How will Boy emerge from the darkness? Who will help him succeed in the end, and how will he regain the Pikapista championship crown? Now, only one question remains: "Bakit?"