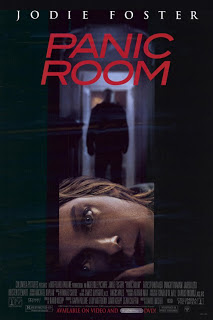 Description : Panic Room is a 2002 American thriller film directed by David Fincher and written by David Koepp. The film stars Jodie Foster and Kristen Stewart as a mother and daughter whose new home is invaded by burglars, played by Forest Whitaker, Jared Leto, and Dwight Yoakam. Koepp's screenplay was inspired by news coverage in 2000 about panic rooms. The film was Fincher's fifth feature film, following Fight Club (1999). Fincher and Koepp brought together a crew of people with whom each had worked before. The house and its panic room were built on a Raleigh Studios lot. Nicole Kidman was originally cast as the mother, but she left after aggravating a previous injury. Her departure threatened the completion of the film, but Foster quickly replaced Kidman. The filmmakers used computer-generated imagery to create the illusion of the film camera moving through the house's rooms. Foster became pregnant during the filming schedule, so filming was suspended until after she gave birth.
The film was commercially released in the United States and Canada on March 29, 2002. It grossed $30 million on its opening weekend. In the United States and Canada, it grossed $96.4 million. In other territories, it grossed $100 million for a worldwide total of $196.4 million. Critics were generally positive or mixed in their reviews. In retrospect, Panic Room has been assessed for its portrayal of childhood and feminism, the elements of video surveillance and diabetes, and its thematic approach to mortality.